Asbestos Use on Air Force Bases

Before the health hazards came to light, asbestos was popular for its durability, versatility, and resistance to fire, water, and sound. It was also inexpensive and easy to obtain, making it a go-to choice for all kinds of construction materials and maintenance projects.

Like each of the other major American military branches — the Navy, Army, Marine Corps, and Coast Guard — the U.S. Air Force used asbestos in a variety of ways. The problem with asbestos is that it’s a carcinogen (cancer-causing substance) made up of microscopic fibers that can become airborne when disturbed.

If a person inhales or swallows these tiny asbestos fibers, they can settle in the body, slowly causing damage and asbestos-related diseases like mesothelioma — a rare form of cancer that does not currently have a cure.

Whether you worked on planes during your military service or lived on an Air Force base with your family, Mesothelioma Hope provides a wide range of support services for illnesses caused by asbestos exposure.

Our team of Patient Advocates and fellow veterans can help you pursue financial compensation, free or low-cost health care services, and other benefits.

Get more information by downloading our Free Veterans Compensation Guide.

Given how popular asbestos was, it’s no surprise that the material was used to build and maintain dozens of Air Force bases prior to the mid-1980s, both in the U.S. and abroad.

Asbestos was used in Air Force bases across the U.S. for 50 years.

Here are a few Air Force bases that were built on American soil and contained asbestos.

The land that became Chanute Air Force Base was originally leased by the U.S. government in 1917 to train pilots.

With World War I ending a year later, it became a storage space for aircraft parts and other supplies. However, the government acquired the neighboring land and built a fully functioning Air Force base in time for World War II.

The base pivoted to ground training during the following decades and ended flight operations in 1971. The base itself was decommissioned in 1993, and much of it is now abandoned.

Among the highest areas of asbestos risk on Chanute Air Force Base were the steam plant, steam tunnel vaults, and White Hall. The U.S. Air Force agreed to conduct asbestos abatement on these structures before demolishing them in 2015.

Lowry Air Force Base was built on almost 2,000 acres of land just outside of Denver.

Established in 1935, Lowry Air Force Base was used as an airfield and training base, with flight operations taking place until 1966. The base was formally closed in 1994.

In 2004, the Colorado Department of Public Health and Environment (DPHE) ordered the U.S. Air Force to begin asbestos testing and abatement on the 22 acres of land it still owned.

Unfortunately, a significant amount of toxic substances were stored on base and then disposed of in landfills across the base. This practice, coupled with widespread asbestos use across the base, led to environmental and public health concerns.

With the discovery of contaminated underground wells in the nearby town of Floyd in the 1980s, the government began decontamination efforts that were completed in December 2021.

Most states have been home to a U.S. Air Force base at some point, and any of those bases could have contained asbestos prior to the early 1980s.

However, not all U.S. Air Force bases were built on American land.

The U.S. military also built Air Force bases in other countries, including:

If you or a loved one was stationed on a U.S. Air Force base in any of these countries and later developed mesothelioma, you may be able to take legal action.

Connect with our Patient Advocates now to get more information. We’re here to listen to your story and help you determine next steps.

How Was Asbestos Used on Air Forces Bases?

Asbestos was a cheap and versatile building material used extensively on U.S. Air Force bases for insulation, fireproofing, and soundproofing. It could be found in structures ranging from barracks to mess halls to aircraft hangars.

Asbestos was used in many aspects of U.S. Air Force bases, including:

Asbestos was also used in the aircraft stationed on Air Force bases, which presented additional risks for those who lived and worked on base.

Asbestos was used in many military aircraft parts, such as:

You can learn much more about asbestos exposure and the products that contained this dangerous substance in our Free Asbestos Guide.

Anyone who has spent time on a U.S. Air Force base may have been exposed to asbestos. This includes military members and their families. However, service members in certain roles were more likely to encounter asbestos.

Individuals who had more hands-on experience with asbestos — and spent time in areas with high concentrations of asbestos — are more likely to develop diseases like mesothelioma, asbestosis, and lung cancer.

Family members may also be at risk from secondhand exposure to asbestos. For example, spouses or children may have unknowingly breathed in asbestos fibers that a relative brought home on their hair, skin, or clothing.

The U.S. military never meant to subject its service members to dangerous materials, but manufacturers of asbestos-containing products chose profits over lives.

However, the U.S. Department of Veterans Affairs (VA) provides Air Force veterans with mesothelioma several types of resources and relief.

Veterans with mesothelioma may be entitled to VA benefits, including:

With the help of a mesothelioma lawyer, U.S. Air Force veterans with mesothelioma can pursue additional compensation from private sources.

Other forms of mesothelioma compensation include:

VA benefits and other types of asbestos compensation can help reduce veterans’ financial stress, improve their health, and make life easier on their families.

We can determine if you qualify for asbestos trust fund compensation — get started right now. 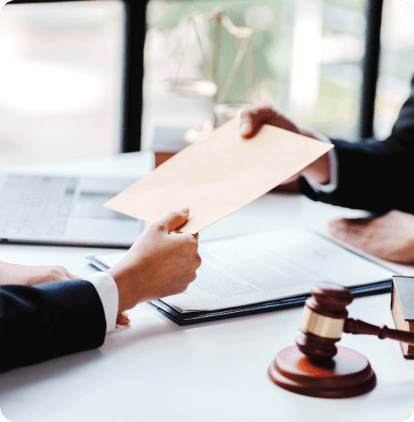 Get Help Filing for Veterans Benefits

The VA offers a number of benefits that help veterans and their loved ones deal with serious diseases like mesothelioma more effectively and comfortably.

If you are a veteran or a veteran’s family member who developed mesothelioma after being exposed to asbestos on an Air Force base, don’t wait to apply for benefits — the sooner you file, the sooner you can start receiving aid.

Mesothelioma Hope can help you determine your eligibility and file claims for financial compensation, low-cost or free health care, and other forms of assistance.

Why was a dangerous material like asbestos used on U.S. Air Force bases?

Unfortunately, the health risks of asbestos were not known to the U.S. military or the U.S. Environmental Protection Agency (EPA) until the material had already been in widespread use.

Although the manufacturers of asbestos-containing products were aware of the health risks, they hid the truth and deceived the military in order to protect their business interests.

If you take legal action after your mesothelioma diagnosis, it will be against these negligent companies and not the U.S. government or its military branches.

Are service members still at risk for exposure to asbestos on Air Force bases?

The U.S. military stopped using asbestos in all of its branches once it became aware of the dangers.

However, despite efforts by the government to remove asbestos from existing military bases and equipment, active members of the U.S. Air Force may still have a small risk of trace exposure on certain military bases.

Does the VA offer benefits for veterans with mesothelioma caused by asbestos on Air Force bases?

Yes. The VA offers several types of benefits to military veterans with mesothelioma.

These benefits may include financial compensation and free or lower-cost medical care through the VA health care system for veterans and their family members.

How do I file a mesothelioma claim with the VA?

U.S. Air Force veterans can apply for VA benefits in person, online, or by mail.

In order to receive benefits after a mesothelioma diagnosis, you must:

Fortunately, an experienced mesothelioma law firm can make this process as easy and stress-free as possible.

How much is a mesothelioma case worth?

Each mesothelioma case is different, and the value depends on a range of factors. However, many veterans with mesothelioma have received millions of dollars by taking legal action against negligent product manufacturers.

Based on recent legal reports, mesothelioma settlements award victims between $1 million and $1.4 million on average. Cases that go to trial can payout anywhere from $5 million to $11.4 million or more if the court rules in favor of the mesothelioma victim.

You can find out how much your case might be worth by getting a free legal consultation.